Home › Questions › Divorce Law › Can a minor be forced to pay child support?

Can a minor be forced to pay child support?

Recently on our forum we had a user ask, "If my fifteen year old daughter is pregnant, what obligations does the minor father have to pay child support and take care of his child? Can he be held legally liable for his child?"

Unfortunately, even if a minor makes a life-altering decision such as an unwanted pregnancy their obligations towards their unplanned children are not negated simply because they do not want to be responsible. In fact, young parents generally will be forced to pay child support.

This is true even if the parent is under the age of 18 and attending school. It is likely the court will review the circumstances of the case and determine how much the young man must pay. Not only will he be responsible, he may have to find a job and begin earning money.

Should you expect much support from a minor father? No, in fact, if the young man is attending high school the child support payments could be as low as $50 per month, but this could be enough to instill a sense of responsibility in this young man's life. The calculation can also be adjusted after the young man graduates for high school or college and has a higher income.

Establishing Paternity as a Minor

The first step for your family is to establish paternity. Paternity laws vary. For instance, in Texas paternity can be established through a voluntary paternity establishment, an agreed paternity order, or court-order paternity.

Are the grandparents responsible for support of the minor child?

Historically, common law has established it is the biological or adopted parents who owe a duty to support their children. Support or obligation has been established by what the law has determined is a "moral and social obligation" to support the children one has brought into the world. Further, child support is a duty imposed by natural law.

What is support? At the minimum support includes love, affection, and concern over the health of the child. It also includes providing education, food, shelter, medical care, and giving them social and religious guidance.

However, this is not true in every state. In fact, there are at least thirteen states which have created statutes which provide for some type of grandparent liability for child support, although some support may only be required if the parents are minors and the custodial parent is receiving public assistance.

It's time to talk to a family lawyer and make sure your grandchild's rights are protected.

What can CPS legally make me do to get my kids back? Can they force me to take a drug test?

How do I determine the paternity of my child?

Can a custodial parent move a child out of state?

Can I get a divorce without going to trial?

Living in house inherited from mother. Do I have to continue to pay the rent?

If you inherited property with your siblings the arrangement generally does not include you living there rent free. 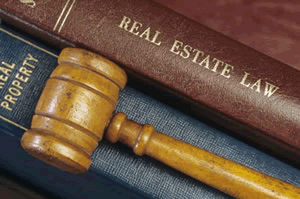