Home › Questions › Personal Injury › Can I file a personal injury claim if the accident was my fault?

Can I file a personal injury claim if the accident was my fault? 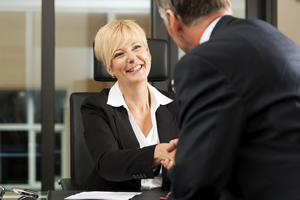 States have established comparative and contributory negligence laws for determining how to award compensation for an accident where both parties have contributed to the accident or have been negligent.

Comparative Negligence - Most states use the comparative negligence system. This system allocates damages between the plaintiff and the defendant based on the fault of each party. For example, let's say David is driving and makes an unexpected left hand turn and hits Susan, who was speeding. In this example, both parties negligence have contributed to the accident. If David and Susan live in a state which uses comparative negligence the court will allocate damages according to fault.

Let's assume David is found to be 80% at fault for hitting someone while making a left turn and Susan is found to be 20% at fault because she was speeding. If the total compensation is $200,000, Ann will receive $160,000, instead of the total amount because her payout is reduced by her degree of fault, which is 20% or $40,000.

How long do I have to file a lawsuit?

How long does it take to get personal injury compensation?

How much do I keep from an accident settlement?

Can I file a personal injury claim if I was injured at work?

Can I file an injury lawsuit myself?

Police officers often have to use a variety of techniques while questioning a suspect, which could include lying.