Home › Questions › Divorce Law › Do I have any rights after living with a man 10 years and he wants me to move out?

Do I have any rights after living with a man 10 years and he wants me to move out?

Recently on our forum a user asked, "Do I have any rights after living with a man 10 years and he wants me to move out?" If you have been staying in another person's home on a long-term but informal basis the basic question is whether or not you will be legally considered a tenant or a guest. 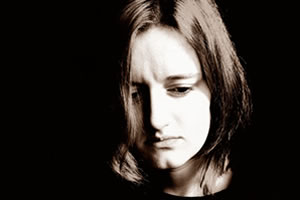 Tenants and guests have different legal protections. To make this determination the court can consider such factors as how long the person has lived at the home, whether they received mail there, and the degree of control that they had over the space.

Eviction of a tenant

The process to evict a tenant can vary by state so you will need to review your state's laws. If you are considered a tenant your boyfriend may still be able to force you out of his house but only after following very specific legal steps including:

1. Notice to Quit or Termination

Generally the landlord must give the tenant a notice to quit before the eviction. Even if there is no formal rental contract most states require some prior notice before eviction. The Notice to Termination should detail the date that he or she must leave the apartment or house. He may also have to serve you with a Notice to Terminate even if the contract to live with him was oral.

The Notice to terminate must be served according to your state's laws or the judge can dismiss the proceeding.

If you fail to leave the residence at the specified time you, any commissioner of the Superior Court may issue a summons and complaint to be served to you. You will then have to respond to the complaint and appear in court. If you do not answer the summons or appear in court, the judge can order an issue to vacate.

If you answer the complaint you have the right to attend a hearing and plead your case. The judge will enter a judgment. If the judge rules you must leave then law enforcement has the right to have you physically removed along with your physical possessions. Under some conditions you can appeal the ruling and may be given extra time to find suitable housing.

Eviction of a guest

Although you have lived with your boyfriend for many years and may feel like a tenant, the courts have not always ruled in your favor. For instance, in Allstate Ins. Co. v. Palumbo, 109 Conn. App. 731, 740 (2008) the courts ruled that a woman "who had lived with her fiancée for several years and contributed to household expenses was not to a tenant because she paid no fixed amount as rent, had no fixed period of occupancy, and was in a romantic relationship with the homeowner which she could have terminated at any time."

Discussing your case with a lawyer

Another consideration if you live in a state which allows common law marriages is whether or not you and your boyfriend may be considered married. Not all states allow common laws marriages, but if yours does, you could be considered married if you had the capacity to be married, you consummated the relationship, you agreed to be husband and wife and you represented yourself to others as married. If you believe this might apply to your case you may have additional rights not mentioned above.

Need to evict tenants in my rental properties not paying rent

What do you do if your roommate breaks the terms of your lease agreement?

Eviction from a rent house what can I do?

Divorce will I get alimony?

Do I really need a divorce lawyer?

If I file bankruptcy on a creditor, can they object?

If you file bankruptcy, under specific conditions, your creditors are legally allowed to object to the Chapter 7 or Chapter 13 discharge.