Home › Questions › Malpractice › Texas medical malpractice what do I need to know?

Texas medical malpractice what do I need to know?

Recently on our legal forum a user asked, “I had surgery last year. Despite doing ample research and verifying I hired a good physician, mistakes were made. I was seriously injured. I am wondering if I have the legal right to file a medical malpractice claim against the doctor. I don’t want a huge payout. I just need enough compensation and restitution that I can pay for my medical care. What do I need to know about Texas medical malpractice cases?

So, what is negligence? Negligence occurs when a doctor, who had a duty of care towards a patient, violates that duty of care, also referred to as “standard of care.” Standard of care, however, is not specifically defined. Generally, it means that a doctor followed accepted treatment standards that another doctor in a similar situation would have followed.

Next, the patient must prove, not only that they are injured and suffered loss (financial, medical, or emotional), but that their injury was the result of the doctor’s negligence. This determination, however, can be difficult given that most patients are sick or injured when they go to the hospital. It can be difficult to prove that their condition worsened due to a doctor’s negligence.

All states have established a time limit or statute of limitations for filing medical malpractice claims. In Texas, patients who are injured due to the medical negligence of a doctor generally have two year to file their injury claim. The statute of limitations clock, however, may not start running until the patient could have reasonably discovered or should have discovered the injury.

For example, if a doctor left gauze inside of your chest and you did not discover it until six months after surgery, the statute of limitations would not start on the date of surgery but rather on the date of discovery.

Note: Regardless of the discovery date, under the Texas statute of repose, all injury claims must be filed within 10 years of the date of the injury.

Although it’s a controversial issue, Texas lawmakers have passed laws which cap the non-economic damages (i.e. compensation for stress, pain and suffering, loss of enjoyment) which can be awarded in Texas medical malpractice claims. The current maximum allowed for noneconomic damages is $250,000. Economic damages which cover expenses such as medical bills and lost wages, however, are not capped.

Not only are Texas medical malpractice claims difficult to win, it can take months or even years before an injured claimant receives payment.

Claimants will also need to hire a medical malpractice lawyer. The lawyer will then have to hire additional medical and legal experts to review the case.

Talk to your lawyer about the total cost for their services before hiring them. Make sure you understand not only the percentage of your settlement they might be paid, but also whether there are additional fees for their services. 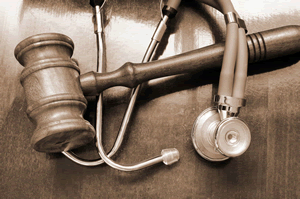 Do I have legal rights if my medical privacy rights have been violated?

How Long Do I Have to File Malpractice

Signed consent form can I still sue for medical malpractice?

What behavior is considered medical malpractice?

What is a bankruptcy means test?

The new Bankruptcy law in 2005 created a means test to determine eligibility for a Chapter 7 bankruptcy.